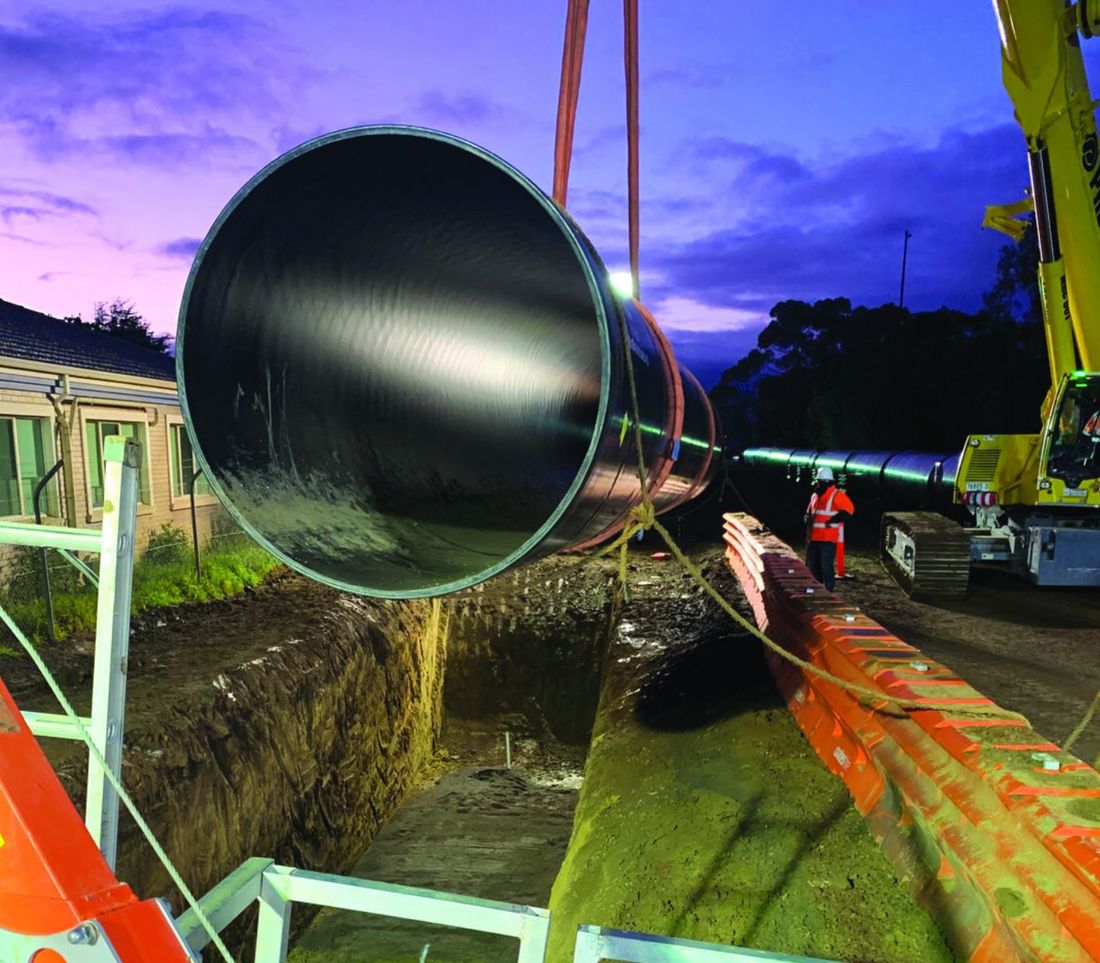 Posted By The Australian Pipeliner
02/10/2020
11:01 AM
Established by the Victorian Government in 2015, the Level Crossing Removal Project is one of the largest rail infrastructure projects in the state’s history.

The Western Program Alliance has been delivering a number of the program's projects in Melbourne's west, including Cherry Street, Werribee.

The Level Crossing Removal Project (LXRP) aims to eliminate 75 level crossings across metropolitan Melbourne by 2025, in addition to other rail network upgrades such as new train stations, track duplication and train stabling yards.

The project is part of the Major Transport Infrastructure Authority and falls under Victoria’s Big Build, which will see a total of approximately $70 billion in transport projects being delivered.

McConnell Dowell and its Western Program Alliance (WPA) project partners - Metro Trains Melbourne, Arup and Mott McDonald - were awarded the contract for Cherry Street in February 2020; however, project planning has been ongoing since 2017. The alliance team has since been installing large 1.8 m diameter water pipes in association with the LXRP.

A road over rail solution

McConnell Dowell Senior Pipeline Engineer Andrew Tsitas says, at time of writing, the current Werribee project is 98 per cent completed with complex tie-ins near a live railway and the busy Princess Highway currently being undertaken.

“The level crossing removal project at Cherry Street in Werribee is a road over rail solution,” he says.

“This new diversion road is routed through an existing services easement currently occupied by a concrete lined open channel that transports raw water to market gardens.

This channel is required to be diverted underground into a mild steel cement lined pipe for 250 m approximately 20 m to the west. The new MSCL pipeline is a 1753 mm OD x 12 mm w/t, 19 mm cement mortar lined.

McConnell Dowell installed the pipes with the traditional open dig and lay technique, with many innovative considerations taking place due to the large pipe size.

“As this is a gravity pipeline with fixed tie in points either ends, it meant the pipe had to be carefully laid on grade at about 2 m depth of cover. Given the very large diameter pipe, the depth of trench was up to 4 m,” says Mr Tsitas.

A 1.8 m diameter pipe being installed in Werribee as part of the LXRP.

“The pipeline is predominately rubber ring jointed (RRJ-D) spigot and socket connection, with exception of the welded tie-ins either end. A 60 t crawler crane was selected to handle each pipe which weighed 11,300 kgs per 13.5 m length.

“An engineered crane pad was constructed ensuring stability of the loaded crane to unload pipe trucks, manoeuvre and place the pipes in trench. Extended height shoring boxes were also used for the complete trenched length to ensure safety of our workers.”

Mr Tsitas says the alliance faced various challenges throughout the project; however, these were all overcome through extensive planning, expert construction supervision and early engagement with other utility owners, adjacent homeowners and surrounding businesses.

The current project takes place on a brown fields site in an old part of metro Melbourne, which is laden with extensive known and unknown services.

Due to concurrent site works, the site’s main access was cut off, meaning the only alternative access was along the very tight right of way, including for deliveries, stringing and the removal of trench spoil. The alliance team conducted careful daily planning to coordinate any deliveries and minimise both delays and disruption to the pipeline construction.

On top of the difficult location, the works have also been undertaken during the COVID-19 pandemic – with the project moving from Stage 3 to Stage 4 restrictions halfway through construction. Mr Tsitas says well before this change occurred, the movement of McConnell Dowell personnel from interstate was identified as impractical, so local pipeline staff were fully utilised to execute the works.

“Traditional factory inspections at the pipe and fitting plant in Melbourne were not allowed [and] visits inside McConnell Dowell’s Melbourne plant yard were also restricted and forced to ‘click and collect’ style transactions,” he says.

Daily temperature checks at pre starts, QR code scanning prior to entering the work site and the COVID-19 safety message was reinforced each morning. On a functional level, the availability of specialist technicians coming to site required careful planning.

“Freighting by air and road of specialist equipment and tools from interstate has proved very difficult and slow.”

Once in Stage 4, the public curfew took place from 8pm to 5am, face masks were mandatory and individual work permits needed to be provided and signed off by both management and each individual worker for the hours and days intended to be worked.

Within the LXRP program, McConnell Dowell and the WPA have also previously completed rail bridges and a duplication of 800 m of track on the Altona Loop in Williamstown North and Road Bridges in Dandenong South and Laverton.

The alliance says it is currently working on a road bridge and a rail bridge in Werribee, a road bridge in Hoppers Crossing; and four level crossing removals, a new station and a duplication of the Cranbourne line in Dandenong; all of which are under construction and expected to be completed over the next few years.