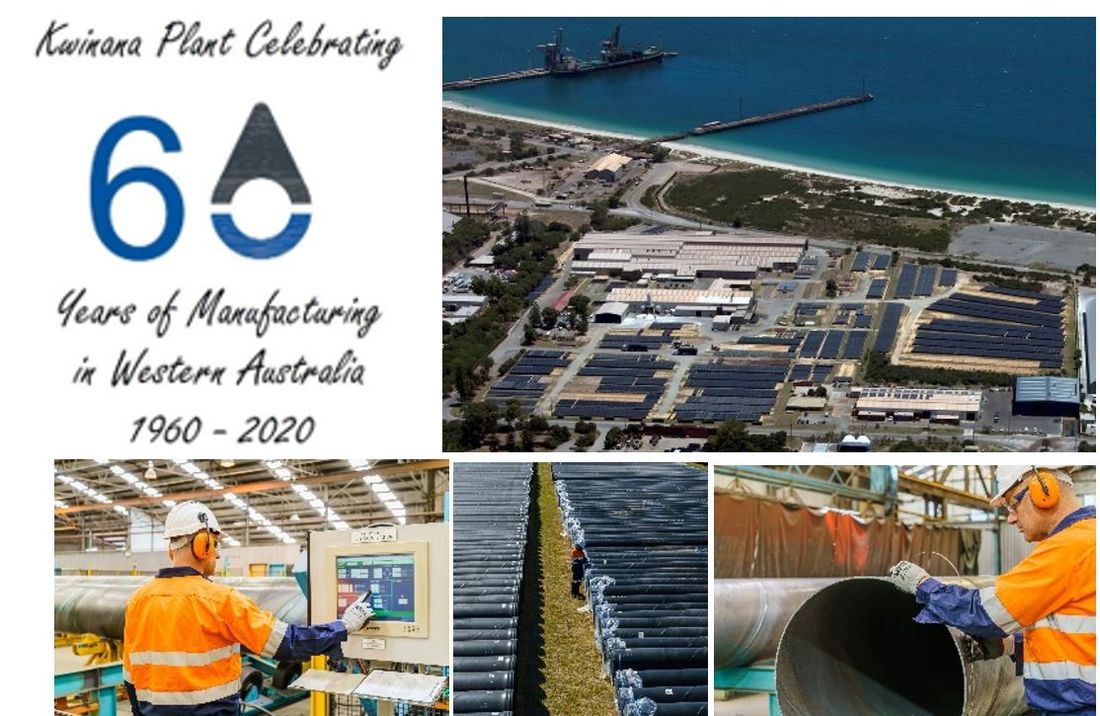 Established in 1960, the Kwinana pipe plant was open by then Premier (Sir) David Brand.  Gas pipe manufacturing capability was established in the 1970’s to complete the Dampier Perth pipeline along with other major projects for Gas and Fuel Corporation in Victoria and Pipeline Authority of SA.  Gas pipe manufacturing ceased on site in early 1990s.

Water pipe manufacturing at Kwinana has supported the completion of many major water infrastructure projects over recent years including - Stirling to Harvey Trunkmain, section replacements of the original Perth to Kalgoorlie pipeline, Perth Desalination 1 and 2, Marandoo (Rio Tinto), multiple metro-Water Corp pipelines for WA, BHP-Roxby SA, 90km for Broken Hill for NSW and over 75km for Abu Dhabi, UAE.  These being but a portion of the many thousands of kilometres produced in WA over the years to support growth of Western Australia and the evolution of the Australian water industry.

To maintain our world class manufacturing facility and state of the art manufacturing, Steel Mains has completed a number of major upgrades to the current Kwinana facility over the years to ensure that its world class technology and plant will continue to support WA and the rest of Australia for many decades to come.